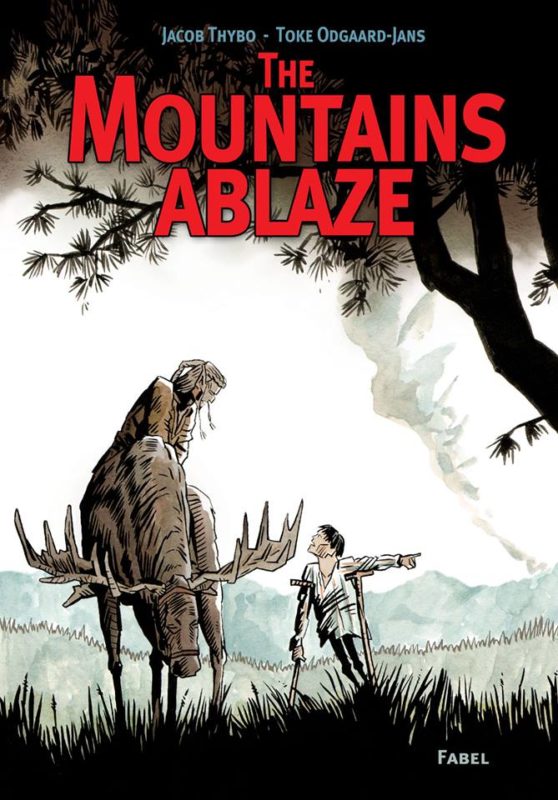 I have never written a comic before. And yet it was released. It’s not fair, but I’m quite proud. It has been an extremely instructive process, and I have discovered how troubling it is for me to comply with deadlines. But more about that later. 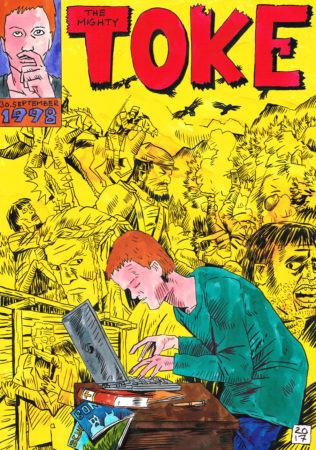 Of course, the process has not been without problems, and what created the most challenges was not just my inability to meet deadlines but the fact that my view on comics is quite different from Jacobs. Especially because the story was his idea in the first place, I could not throw out his inputs, if I may say, on the floor. Instead, I had to work with him and further develop on all his crazy ideas so that they not only gave nice images, but also a good tale, or at least a catchy story.

However, this has proved to be a learning experience, rather than a bad one, and at the end I’m glad for our small discrepancies.

Challenges are best known when they are educated, and this challenge has been a great extent.

Just as I had my own crazy ideas about a story, they were shot down not only because they were bad but because they did not allow for nice enough images. This forced me to remove images or whole scenes, but although this was frustrating, I must admit that it made the comic strip better.

The result was a comic that contains both neat and metaphorical character drawings. The problem in the process, for my part, was probably my lack of deadlines.

I write quite better under pressure, and Jacob often became “unemployed” for days before I sent some pages of manuscripts to him. So, I would like to finish this with thanks to Jacob to keep me going, so that we could eventually finish and get this marvel out. 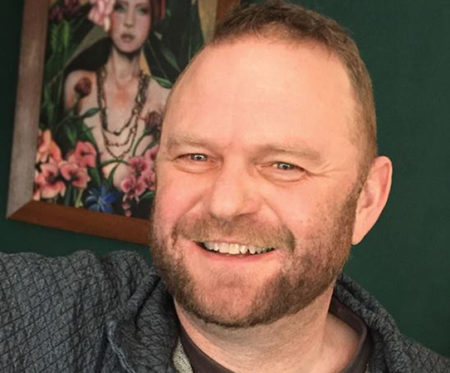 The idea of “The Mountains Ablaze” has been in the making for a long time. I have earlier worked on a story about elves, taken out of the medieval universe (very early staged comic). This story was inspired by a couple of fall trips to Skagen with Toke’s family. 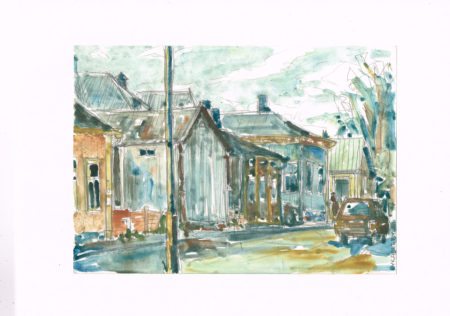 Toke had written a short story about a gladiator he wanted to show me. I have known Toke’s father even before Toke was born. His father have always been a fan of comics, especially underground comics, he especially indulged the comic ‘Umpa-pa’(which also can be seen on as an underground comic in Denmark). Both Toke and his father read even more comics than I do today.

I am the type of guy that mostly skims the texts or only reads a small part and looks at the artists drawing method. I eventually lay an eye on specifically detailed objects or actions if I should ever find myself in a situation like that.

The idea of the book is also a tribute to my childhood pioneers and western universe.
Thanks to “The little house in the big woods”, Derib (Buddy Longway m.m.), “Blueberry”, ”Fort Wheeling”, ”Tomahawk” and countless western television, including “Centennial”. Also a special thanks to Niel Young’s music about the western and wilderness life.

In many ways this is a comic that I have always dreamt of creating. The story of “The wild frontier”. It has taken me many summer camps, scout camps and a lot of time as the clapper when I went hunting with my father. It is kind of funny that I when I was about 20 years old and lived on a art school in Finland for three years, I didn’t ever go to see the Finnish wilderness. Instead I hid myself to create comics. The elvish side of the story made it a lot easier for us to spice up the rather worn out genre and give it a twist.

The strange colours the artwork has been painted in has its roots in some scribbles I made almost 20 years ago. I decided to paint using watercolours solely using basic colours, but instead of using cyan, magenta and yellow I used Prussian blue, Burnt sienna and Light ochre. I chose to use the idea because I want to make the comic look stale and not using edb to add filters.

Short overview of the story

The story takes place around the year of 1835 in a small settler’s village in an undefined colony.

A little baby boy is born, but when the mother sees that he has a limp, his mother wouldn’t even bother to find a suiting name and instead she names him “Boy”. The mother is in general very disappointed, meanwhile the father which is very religious is very excited and will do anything to help his child.

The father also works at the local pharmacy but when he mixes some wrong medicine to one of his patients that ends up dying. The diseased patient’s nephews seek out the father out and burns down the pharmacy, the father encourages the mother and “Boy” to leave before he is lynched in the flames. “Boy” and his mother goes into the unknown wilderness, the boy is deeply buried in the bible. On a well scouted area, the mother begins to build a hut and soon mysterious things starts to happen. The boy meets the native population. Elves that rides on elks. They act shy, but are very helpful. The wilderness also has another inhabitant, “Beaver”.

“Beaver” is a pioneer and trapper, he is also helpful to “Boy”. The boy and his mother gets in trouble with the military which has also moved into the wilderness. One of the nephews that set fire to the father’s pharmacy joined the military and recognizes the mother. Soon the mountains ablaze and multiple alliances is fighting for survival in the wilderness.

Studies for "The Mountains Ablaze"

You can buy the danish version from Fabel

You can also have a look at Arminius, also illustrated by Jacob Thybo